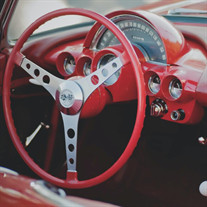 Timothy Dale Clarambeau passed away peacefully on July 9th, 2021 in Monmouth, Oregon. Tim was born on June 24th, 1953 in McMinnville, Oregon to Dale John and H. Lavon (Collins) Clarambeau. He married the love of his life, Georgia Henderson, on November 1st, 1992. A graduate of Salem Academy (‘71), Tim worked toward his Associate’s Degree at Chemeketa Community College before transferring to the Oregon Police Academy and becoming a police officer where he first served the community of Mt. Angel, and then Mill City and Albany as a Linn County Sheriff’s Deputy. He went on to travel throughout the west as a service coordinator in the manufactured home industry. While his commitment to people and a job-well-done characterized him throughout his life, Tim’s true calling found him in retirement, working with daughter Lisa at Pathways for Pets in Lincoln City. A hunter, and lover of the outdoors, Tim enjoyed camping, fishing, and riding his horse Beaujack. Kind-hearted and good-humored, he had a knack for friendship and loved to bring people together. Whether it was coordinating a sun-burned bike ride from Salem to California with his high school class, or organizing reunions and potlucks for family and friends, Tim prized spending time with loved ones above all else. Tim is survived by his wife Georgia, sons Matthew (Amber) Clarambeau, Kevin (Trina) Henderson, and daughters Debbie Henderson and Lisa (Greg) Keyte, brother Craig (Linda) Clarambeau, sisters Jill (Don) Trotter and Gay (Dan) Haller, and his grandchildren Zach, Melayna, Mason, and Monica. A service will be held Saturday, July 17th at 10 a.m. at Evangelical Bible Church in Dallas, Oregon. In lieu of flowers, memorial contributions can be made to the American Heart Association or the American Cancer Society.

The family of Timothy Dale Clarambeau created this Life Tributes page to make it easy to share your memories.

Send flowers to the Clarambeau family.