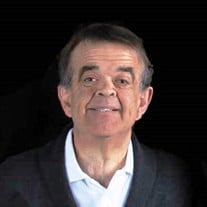 Steven Dean Reed Steven Dean Reed, 70, passed away March 29, 2021. He was born in Portland, Oregon February 5, 1951 and adopted by Lorraine and Allen Dean Reed soon after his birth.  Steve (a.k.a. Stevie) grew up in Lincoln City (Delake), Oregon.  As a youngster he spent hours in the newspaper office his parents owned, the North Lincoln News Guard, where he could be seen typing away at the linotype machine during breaks in the news cycle. Steve was born with dwarfism and development disabilities but that didn’t stop his ability to learn and grow throughout his lifetime. His parents were on the forefront of ensuring access to education was possible for Steve in public schools.  In 1969 Steve and his family moved to Monmouth where he continued his schooling, now in classrooms specifically focused on special education needs. Steve was a musician playing piano and guitar (knowing dozens of hymns from memory), an artist (painting prolifically in his younger days), a photographer, and avid collector of Risburg truck pictures and memorabilia.  In Monmouth Steve was very independent and created a daily schedule that included watching ball games at the college, bowling, continuing his art and making friends wherever he went. He had numerous part-time jobs. Being a custodian at Monmouth Elementary School wove Steve into the school memories of many children. Year after year Steve played carols at the School’s Christmas assembly.  One of Steve’s most notable jobs was at Bi-Mart where he was recently recognized for 20 years of service. Bi-Mart was a place with especially caring and attentive co-workers. Steve was often seen around town on his Sting-Ray bike, going about his daily routine. On Sundays he would ride to Christ Church for worship. One memorable day his bike was stolen from Bi-Mart and the call into the police was simple and immediately understood, “Someone just stole Stevie’s bike!” It was recovered soon after! Proactive parents in all things relating to Steve, Lorraine and Al began organizing for the time they would not be able to care for Steve. Their commitment to his well-being and ability to thrive in life was key.  Into the picture came Tom and Kim Udell, both students at OCE, who knew Steve through their College work program. In 1989 the Udell’s began to share in the care of Steve and over the years Kim and Tom became integral parts of Steve’s life and Steve become a significant part of their family.  As their family continued to grow, Steve became like a brother to their children and more recently an uncle to the next generation. Eventually Steve moved full-time to the Udell’s home near Dallas and continued living his full and amazing life. Steve is survived by his sister, Deana Reed (Jan Hartman); the Udell’s: Kim and Tom, Zeb, Daniel, Jessica (Eli Sheldon), Amy (Jesus Rizo), Melissa (Paul Anderson), a large extended family, and friends too numerous to count. A celebration of Steve’s life will be held May 8th at 3 pm in Monmouth City Park Amphitheater.  Memories and condolences can be shared on a memorial page through Farnstrom Mortuary. In lieu of flowers, donations may be made to Special Olympics Oregon (https://soor.org/make-an-impact/give-now/) in Steve’s name.

The family of Steven Dean Reed created this Life Tributes page to make it easy to share your memories.

Send flowers to the Reed family.