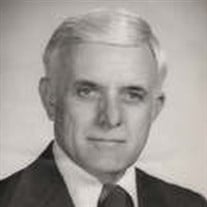 Obituary, Robert C. Livingston July 21, 1921 ~ January 8, 2008 Robert C. Livingston of Salem, Oregon passed away January 8, 2008 following a long illness he was 86 years old. Robert was born in Potosi, Missouri and graduated from Potosi High School. He received a Bachelor Degree and Masters Degree of Education from the University of Missouri. He received a Doctor of Education Degree from Columbia University in New York City. While attending Columbia University he worked with under privileged children in the Bronx District of New York city as a counselor for the New York City Police Athletic League. During World War II he was an Officer in the Army Air Corp serving as a B17 Bombardier. He was a professor at Oregon College of Education Western Oregon University from 1951 until 1983. While at OCE he served as Athletic Director, Basketball coach 1951-1959, and Baseball coach 1951-1967 Robert Livingston was a leader in making athletics an integral part of an overall college education. He was an early proponent of making women's athletics a strong part of OCE's Athletic department. He served as national president of the National Association of Intercollegiate Athletics NAIA. He also served as a member of the International Olympic Committee. He received numerous professional awards including being elected to the Western Oregon University Athletic Hall of Fame and NAIA National Hall of Fame. Upon his retirement he continued to support Physical Education as a member of the Monmouth Parks and Recreation board. He and Helen traveled extensively, including every March to Spring Training in Arizona. Robert Livingston was admired by students, colleagues, community members and anyone who faced him on the handball court! He was loved by his wife, children, children's spouses, grandchildren and his caregivers at Capitol Manor. He is survived by his wife for sixty one years Helen Livingston of Salem, his daughter Sally Payree Tom of Independence, his son Jim Ging of Monmouth, his son Don of Portland and his daughter Jane Myatt Mike of Beaverton. He had five grandchildren; Rob Payree, Scott Payree, Daniel Myatt, Amanda Myatt and Ann Livingston. He was an active long term member of the Monmouth Christ Church. Memorial Service is planned for 1:00 pm Saturday January 12, 2008 at the Monmouth Christ's Church. In Lieu of flowers contributions may be made to the Western Oregon University Athletic Department or the Capitol Manor c/o Farnstrom Mortuary 410 Monmouth St. Independence, Oregon 97351. Funeral Arrangements Entrusted to Farnstrom Mortuary, Independence.

The family of Robert C. Livingston created this Life Tributes page to make it easy to share your memories.

Send flowers to the Livingston family.