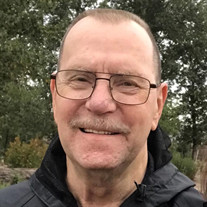 Remi Francis Berube, died Saturday, February 19, 2022 at his home in Independence, Oregon. Remi is survived by his loving wife of 15 years, Lupe Berube, and their six grown children, James Leonard Berube of Thorndike, Massachusetts, Denise Marie Stanisewski of West Hatfield, Massachusetts, Sherry Lynn D’astous of Blandford, Massachusetts, Janie Anderson of Venta, Oregon, Rachel Jackson of Arvada, Colorado, and Ricky Quintero of Independence, Oregon, eighteen grandchildren, and one great grandchild. Remi was born on September 29, 1939 in Northampton, Massachusetts to Charles & Exilla Berube. Survived by his brother Donald Beurbe, deceased sister Doreen Berube, and deceased brother Leonard Berube. He also leaves behind his beloved friend Larry Tatro and his wife Karen from Northampton, Massachusetts. Remi and Larry have been best friends since grammar school and still kept in touch with each other even though they were miles apart. He graduated from Smith's Vocational High School in Northampton, Massachusetts in 1958. Remi was a truck driver for ten years. He retired from Sheet Metal HVAC in 2001. He moved to Oregon in 2012 with his wife Lupe. He enjoyed spending time watching football games and he was the biggest Joe Montana and San Francisco 49ers fan. His hobbies were building miniature doll houses, intricate puzzles, computer games, and playing cribbage with his grandchildren. He enjoyed hanging his puzzles as wall art in the garage walls until there wasn't any room. He left an impression on everybody he interacted with and everybody immediately fell in love with his personality. In honor of Remi, a funeral mass will be held at St. Patrick’s Catholic Church in Independence, Oregon Monday, February 28th at 1:00 PM, the burial will follow at Hilltop Cemetery, all are welcome to join us immediately after the burial for reception at St. Patrick’s Catholic Church. Farnstrom Mortuary is caring for the family.

The family of Remi Francis Berube created this Life Tributes page to make it easy to share your memories.

Send flowers to the Berube family.