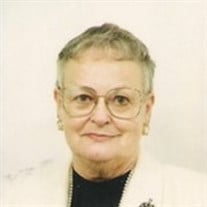 Obituary, Mildred A. Worthington June 14, 1924 ~ October 24, 2008 Mildred A. Worthington of Independence, Oregon passed away October 24, 2008 at the age of 84. Mildred was born June 14, 1924 in Independence, Oregon to Thomas Dole & Mildred T. Owen Pomeroy. Mildred lived her whole life in Independence. On April 23, 1944 she married Paul L. Worthington. She was a member of the Adah Chapter #34 of the Eastern Star, was Grand Representative to Australia in Oregon, Past Matron and a member of various Grand Offices. She spent many years as an active member of the Heritage Museum, where she as a board member, member of the Delphan Book Club, Presbyterian Church and Birthday Bunch. She enjoyed worldwide travel, jewelry, the theater and many, many good friends. Survivors include her husband Paul L. Worthington of Independence, Daughter Paula Rae Soto Husband Ruben of Blythe, California, sons; Robert Worthington wife Dana of Richland, Washington, Richard Worthington wife Sheila of Fairview, Oregon and brother E.F "Eddie" Pomeroy wife Margarte of Monmouth, Oregon. 8 grandchildren and 6 great grandchildren. Proceeding in death is her parents and 1 brother. At Mildred's request no services will be held. Contributions can be made to Shriners Children Hospital 2900 Rocky Point Dr. Tampa Florida 33607. or the Independence Heritage Museum. Arrangements Entrusted to Farnstrom Mortuary, Independence

The family of Mildred A. Worthington created this Life Tributes page to make it easy to share your memories.

Send flowers to the Worthington family.