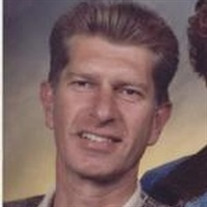 Maury Farnstrom, 56, of Independence, Oregon died April 11, 2006 in his home of pneumonia after a long courageous battle with multiple sclerosis. Born January 11, 1950 in Bozeman, Montana the son of Maurice and Bernice Korth Farnstrom. He moved to Salem, Oregon as young boy, graduating from North Salem High School in 1968. He then went onto Lower Columbia College in Longview, Washington were he meet Starla Easley, they were married on July 31, 1971. He then transferred to Oregon State University before going to San Francisco Mortuary College graduating in 1974. He returned to Oregon were he worked for different mortuaries before purchasing Parmenter Mortuary in 1978 operating it as Farnstrom Mortuary. He retired due to illness in 2002. Maury was an active member of the Benevolent and Protective Order of Elks, where he was the Exulted Ruler for Independence Lodge #1950. He then went onto be District Deputy Grand Exulted Rule for Oregon North Central District. He is a past board member of M.I.K.I. and Central High School Panther Club President. Maury was also a member of Faith Lutheran Church in Monmouth. His hobbies included, traveling, cars, basketball , but most of all he enjoyed his work. Maury was preceded in death by his father Maurice Farnstrom in 1952 and his sister Clarice Patyten in 1989. Survivors include: Wife Starla Farnstrom of Independence, Oregon Sons Alexander Farnstrom and his wife Misty of Sandy, Oregon Benjamin Farnstrom and his wife Kelly of Monmouth, Oregon Mother Bernice Paterson of Tualatin, Oregon Brother Eugene Farnstrom of Beaverton, Oregon Granddaughter Nicole Farnstrom of Sandy, Oregon Memorial contributions can be made to the Central High School Panther Club, in care of Farnstrom Mortuary, 410 Monmouth Street, Independence, Oregon 97351. A Funeral service will be held 10:00 A.M. Friday, April 14, 2006 at Saint Patrick's Catholic Church in Independence, Oregon. Vault interment will follow at Hilltop Cemetery in Independence, Oregon. Arrangements are under the direction of Farnstrom Mortuary, Independence, Oregon and City View Funeral Home, Salem, Oregon. An on-line memorial and guest registry can be found at www.farnstroms.com

Maury Farnstrom, 56, of Independence, Oregon died April 11, 2006 in his home of pneumonia after a long courageous battle with multiple sclerosis. Born January 11, 1950 in Bozeman, Montana the son of Maurice and Bernice Korth Farnstrom. He moved... View Obituary & Service Information

The family of Maurice Oliver Farnstrom created this Life Tributes page to make it easy to share your memories.

Send flowers to the Farnstrom family.