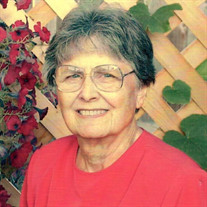 The family of Marie Knaupp created this Life Tributes page to make it easy to share your memories.

Marie&#39;s Celebration of Life service was recorded, and is available...

Send flowers to the Knaupp family.