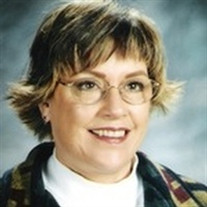 Obituary, Joanne Marie Auer Bucholz September 11, 1947 ~ October 17, 2008 MONMOUTH ~ Wife, mother, grandmother, teacher and special friend to many, Joanne Marie Auer Bucholz died on October 17th after battling cancer. When God called her home, she was surrounded by her family and friends. Joanne was a tremendously positive person who saw the good in everyone she met. She has a kind and generous heart, and she devoted her life to her family and to the students she taught. Joanne was born September 11, 1947 in Salem to parents William and Maurine Auer. She attended schools in the Monmouth/Independence area and graduated from Central High School in 1965, where she enjoyed art and playing the clarinet. She graduated from Western Oregon University with a B.S. in elementary education and a minor in Art. Joanne married Ron Bucholz in 1971. She and her husband moved to Eugene in 1972, where she worked in education and earned her Special Education teaching certification from the University of Oregon. Joanne and her family moved to Klamath Falls in 1979 where she was a Special Education teacher at Mills Elementary School for 23 years, before retiring in 2003. She loved all her students no matter what handicaps they had. She and her husband were divorced in 2006, and were remarried on September 3, 2008. Joanne's greatest joys in life were spending time with her family and friends, teaching, loving her pets and her faith in God. She also enjoyed cooking, music and making her house beautiful with flowers outside. She was learning how to play the harp. Joanne touched the lives of everyone she met with love and kindness. She had a lively sense of humor and fully enjoyed life. All the people who her were blessed to have crossed her path in life. Joanne was preceded in death by her father, William Auer. Survivors include her husband, Ron Bucholz of Klamath Falls, son Dan Bucholz of Beaverton, granddaughter Whitney Bucholz of Forest Grove, mother Maurine Auer of Monmouth, brother John Auer of Independence, sister Judy Van Valkenberg of Monmouth and Carol Latorra of Black Hawk, Colorado, sic nieces and nephews and a large extended family. Heaven gained a loving angel today and this world lost a wonderful, loving soul. There will be a Celebration of Life at her brother's home in Independence on Saturday, November 29th. All friends and family are invited. In lieu of flowers, a donation in Joanne's memory may be made to the Special Olympics. Donation and/or mail in donation forms are available online at www.specialolympics.org or by calling 1-800-700-8585.

The family of Joanne Marie Auer Bucholz created this Life Tributes page to make it easy to share your memories.