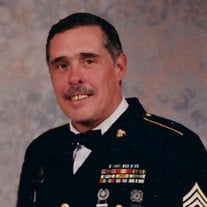 James Patrick Karnes, 76, of Monmouth, Oregon passed away unexpectedly on June 6th, 2022, while out to lunch with his partner, Betty Curtis. Pat was born in Borger, Texas to James and Mary K. Karnes. At a young age, he moved in with his grandparents for a short time in Texas and Oklahoma while his mother was ill. He was reunited with his parents when his mother got better and moved to California. He attended High School at Western High School in Anaheim California. Just after graduation, he joined the military and dedicated most of his working life to serving our country. Pat met his first wife in High School in California, though they did not get to know each other for several years, getting married when he was 22 years old. The two traveled from military base to military base for most of their relationship, starting in Arizona and ending in Oregon, While in Fort Lewis, Washington, they had their first daughter, Jennifer, and their son, James Matthew, though James passed after only a couple of days. A couple years later they moved Frankfurt, Germany, where they had their third child, a second daughter, Tiffany. After twelve years, the two divorced. Pat worked as the restaurant manager for VIPS restaurant chain where he met his second wife. They moved to southern California where they had 4 children, three girls, Melissa, Nicole, and Katye and one boy, Brian who passed at birth. Later, they moved to Big Bear, California where they made a home for themselves and raised four of his five daughters. They were married for nearly twenty years during which time they opened their own cleaning business. Pat also began working with the army national guard until 1995 when he retired from the military. Pat met his third wife online at the age of 57. They married in 2002 where he gained two stepchildren, Chris, and Bobbie. They moved to San Angelo Texas for a short while before moving to Bartlesville Oklahoma to enjoy their retirement together. They were married for 20 years. In 2020 Pat moved back to Oregon to live with his daughter, Tiffany. He intended for it to be his final resting place. He enjoyed his time with his small dog, Misty, and his daughter and her family. In 2022 He met Betty, who was living in Canada. She was adamant that their relationship would be over text only, but two months in she visited Oregon and the two’s relationship deepened. He was a charmer after all. They had a happy five months together. Betty visited again in May, intending to stay for a few months. He was happy with her and his life, living it to the fullest until the end. He is predeceased by two sons: James Mathew Karnes and Brian Michael Karnes; His brother, Scott Karnes, and his mother and father, Mary K and James Karnes. He is survived by his five daughters: Jennifer Hoogendyk, Tiffany Helton, Melissa Karnes, Nicole Cheek, and Katye Pratt; and his stepchildren: Chris Young and Bobbie Kirkland. He also leaves behind many grandchildren and great-grandchildren Farnstrom Mortuary is caring for the family.

James Patrick Karnes, 76, of Monmouth, Oregon passed away unexpectedly on June 6th, 2022, while out to lunch with his partner, Betty Curtis. Pat was born in Borger, Texas to James and Mary K. Karnes. At a young age, he moved in with his grandparents... View Obituary & Service Information

The family of James Patrick Karnes created this Life Tributes page to make it easy to share your memories.

Send flowers to the Karnes family.