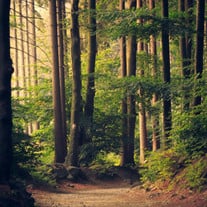 Edward Paul Borlin, Sr. January 27, 1934 - January 5, 2022 Edward Borlin Sr, retired farmer and dairy inspector died Wednesday January 5, 2022 at the age of 87. Edward Paul Borlin SR was born January 27, 1934 in Portland OR to Paul Edward Borlin and Martha Olga Borlin. He was baptized as an infant in Deer Island, Oregon, and again received baptism in the First Christian Church in Monmouth OR in 1983. He married Norma Johnell Hand in St. Helens in 1956. He was raised on his family's dairy farm in Deer Island, OR. His parents were from Switzerland, and as a child had the chance to travel to visit and live there for a while with his relatives. Edward worked on his family farm in Deer Island. He later purchased 600 acres south of Monmouth in 1974 and, settling his parents on the farm, he raised grass seed, wheat, alfalfa, hogs, cattle and sheep. He received a certificate in agriculture from OSU. He also worked for Willamette Dairy Services as a milk tester. Edward raised three sons and one adopted daughter on the family farm. He was a member of 4H and FFA while in school, and was a member of his high school marching band where he played drums. He also played the accordion. His interests were fishing and league bowling. He and Norma participated in state-level tournaments, and as a state champion, represented the Oregon league in Washington DC. One year he went to Nationals competing with his daughter, Tina, and the second year accompanying his son Bradley. He enjoyed watching football, Little League baseball, and rodeo. He also loved polkas, and never missed watching Mollie B Polka Party. Edward was a widower, losing his wife Norma in March 1997. Edward is survived by his children, Edward Borlin JR of Anacortes WA, Larry Borlin of Salem OR, Bradley Borlin of Wilsonville OR, and Tina Cox of Monmouth OR. He is also survived by 7 grandchildren and 13 great-grandchildren. His memorial services were held January 8, 2022 at Turner First Christian Church Fellowship Hall. He is buried at Fircrest (English) Cemetery, in Monmouth, Oregon.

The family of Edward Paul Borlin, Sr. created this Life Tributes page to make it easy to share your memories.

Send flowers to the Borlin family.