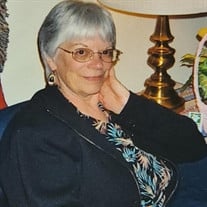 Donna Dee (Shoemaker) Wengenroth passed away peacefully on April 24, after a courageous fight against ALS. Donna was born on April 14, 1941 in Olympia Washington to Freda Shoemaker (Adair) and Gerald Shoemaker. She was older sister to Gerald (Buzz) Shoemaker and Cecil Shoemaker. After graduating from Falls City High School she briefly attended Oregon College of Education (now WOU). She met her soulmate Noel and they married on August 11, 1962. Daughter June arrived the next summer, and was followed by daughter Wendy 18 months later. The family eventually settled in Waldport, where Donna lived for more than 50 years. When her daughters had grown, she started working at several jobs, eventually working as a teacher’s aide at Waldport elementary School, she is still remembered fondly by former students. Noel passed in 2005. Donna spent her time bowling, traveling, gardening and volunteering through hospice and the local food bank (she was often accused of trying to run the food bank single-handedly), In recent years she was diagnosed with non-hodgkins lymphoma, for which she received treatment in 2019. She was diagnosed with ALS in September of that same year and fought the disease and changes in her body tooth and nail for as long as she could. Donna was preceded in death by her husband Noel. her daughter Wendy and her brother Cecil. She is survived by her daughter June (Jeremy) Hickerson, brother Buzz (Terri) Shoemaker, three grandchildren (Bill, Rosemary and Madeline)and one great grandson(Rhys) who was the center of her universe. She also leaves behind a community of friends and neighbors who will miss her greatly. Donna HATED the idea of funerals, so we will be honoring who she was with a small celebration sometime in the future when it is safer to gather, probably involving a potluck with way too much food! In the mean time, if you would like to honor Donna’s memory the family suggests donations to the Waldport Food bank (or your local food bank), The ALS Association Oregon/SW Washington Chapter or charity of choice. You can also honor Donna by finding a new volunteer passion, cooking WAY too much food for friends, or reading with your children or grandchildren. The family would like to thank the friends, family and neighbors who have helped out so much over the past couple of years. The ALS association of Oregon and SW Washington for their support and generosity. And finally, the loving caregivers at Coastal Care Home, who cared for Donna during her last few months. PS: ALS sucks!

Donna Dee (Shoemaker) Wengenroth passed away peacefully on April 24, after a courageous fight against ALS. Donna was born on April 14, 1941 in Olympia Washington to Freda Shoemaker (Adair) and Gerald Shoemaker. She was older sister to Gerald... View Obituary & Service Information

The family of Donna D. Wengenroth created this Life Tributes page to make it easy to share your memories.

Send flowers to the Wengenroth family.