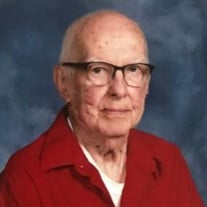 Donald Lewis Wisniewski, 92, of Monmouth, Oregon passed away in Salem, Oregon on July 18, 2021. Don was born in Toledo, Oregon on August 7, 1928 to Charles and Lillian S. Wisniewski of Depoe Bay, Oregon. He spent much of his life living on the land his grandparents homesteaded after immigrating to the United States from Poland. Don married his wife, Janice “Faye” (Roberts) Wisniewski, on October 25, 1974 in Depoe Bay, Oregon. He is survived by his wife Faye, his children Patti Forcier, Bill Smith, Brenda Holan, Gary Smith, Rick Smith, and Dawn L. Holmstrom; 18 grandchildren and 17 great-grandchildren. He is preceded in death by his parents, Charles and Lillian; daughters, Vikki Skriver and Kathi Ford; brothers, Kenneth and Charles Wisniewski; and granddaughter D’Laney Ford. Don graduated from Taft High School in 1946. Shortly after high school, he was drafted into the Korean War and was a member of the 45th Infantry Division out of Oklahoma City, Oklahoma. Upon his return from Korea, he attended and graduated from Oregon College of Education. Don worked as a junior high school teacher and coach, for 30 years, at Taft Junior High School in Lincoln City. Students and staff alike fondly referred to him as “Wiz”. Don was no stranger to hard work. Prior to becoming a school teacher and serving in the military, he started working a variety of jobs at age 11, including haying, picking berries, driving trucks, tractors, dumptrucks, commercial fishing, working at sawmills, and bought fish for the New England Fish Company and Depoe Bay Fish Company - servicing up to 120 boats a day and over 50,000 pounds of fish at a time. After his retirement, he enjoyed transporting vehicles for Gesik and Power car dealerships. Don was a proud public servant. After his retirement in 1986, he served two terms as mayor of Depoe Bay. He also was an officer and President for the Lincoln County Education Association, Director of the Lincoln County TA Bank, a member and Treasurer of the Lincoln Beach Kernville Water District, a member of the Elks, served on the Depoe Bay City Council, and the Knights of Columbus at St. Augustine Catholic Church, in Lincoln City. He was a proud member of both the Newport Lions and North Lincoln County Lions, where he served as President. Most recently, he was a member of the Central Lions Club. With the Lions, Don participated in international humanitarian trips and was awarded with the Melvin Jones Fellow and Helen Keller Benefactor Awards for his service. Not only did Don have a passion for public service, he also had a passion for hunting, fishing, and traveling the world, where he made friends everywhere he went. As an avid hunter and fisherman, Don had the opportunity to provide for his family with deer, elk, moose, antelope, bear, salmon, halibut, tuna, and much more. He also provided opportunities for many of his friends to experience moose hunting opportunities in British Columbia, where at the age of 88, he tagged last moose showing the young guys how it’s done. As a traveler, Don loved to immerse himself into the culture, people, and history of the places he visited. He trekked through numerous countries across four continents. He also enjoyed traveling with his family on roadtrips, including adventuring to Alaska, across the United States, and various national park tours. One of Don’s most proudest adventures was in 2018, when he was honored with an all expenses paid trip to Washington DC giving him the opportunity to visit the memorials dedicated to those who have served and sacrificed for our country. While there, at the request of Senator Ron Wyden, Senator Jeff Merkley, and Representative Kurt Schrader, he was presented with the flag of the United States of America, which flew over the United States Capitol, to honor him for his service to our country during the Korean War. Don was a proud Korean Veteran and returned to South Korea with the Korea Revisit Program. He participated in and was honored at several veterans events, including the Albany Veterans Day Parade, Korean War Veteran medal ceremonies, and also enjoyed celebrating with and honoring local Korean-American citizens. In 2008, Don and Faye moved from the coast to the Monmouth-Independence area, where they were immediately greeted with open arms by their neighbors and friends. Without hesitation, Don jumped right in and embraced the community. He attended college courses at Western Oregon University, volunteered, joined the Central Lions Club, St. Patrick’s Catholic Church, and the Monmouth Fitness Center, which became his home away from home. Interment with military honors will be Thursday, August 5, 11:30 am at Willamette National Cemetery, Portland, OR. A Celebration of Life will be Saturday, August 7, 1-4 pm at the family home, 415 Martin Way S, Monmouth, OR. In lieu of flowers, donations may be made to Central Lions Club, 289 S Main St, Independence, OR 97351, or Willamette Valley Hospice, 1015 3rd St NW, Salem, OR 97304. Farnstrom Mortuary is caring for the family. Memories and condolences at FarnstromMortuary.com.

Donald Lewis Wisniewski, 92, of Monmouth, Oregon passed away in Salem, Oregon on July 18, 2021. Don was born in Toledo, Oregon on August 7, 1928 to Charles and Lillian S. Wisniewski of Depoe Bay, Oregon. He spent much of his life living on... View Obituary & Service Information

The family of Donald Lewis Wisniewski created this Life Tributes page to make it easy to share your memories.

Send flowers to the Wisniewski family.