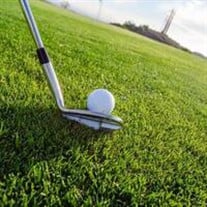 Dan was born in 1966 and died at his home in Monmouth in March 2021 at the age of 54. Survived by his wife Laurie Duncan Hanson; children, Cameron Minten, Cicely Minten Branson; and granddaughter Alana Branson; and Oscar, Laurie's companion German Shepherd. Parents, the late Colleen and Lloyd Hanson. In-laws, Don Duncan and the late Verna Duncan. Sister in law Nancy Duncan. Siblings, Eric Hanson, Lisa Kohler, Amy Strommer, Eve Olsen, Sarah Meyr, Mara Hanson, Gordon Hanson, Phil Hanson and Susan McGill. Dan often bragged about starting his academic career at Campus Elementary School in about 1971, which was on the campus of Western Oregon University where he completed his Masters in Special Education in 2014. Dan enjoyed earning his undergraduate degree in theater set design and minored in ceramics, also at WOU. He was a true renaissance man. Dan enjoyed serving his community in the Scouts, becoming an Eagle Scout, Order of the Arrow. He was also in the M/I Rotary Club for a few years. In Dan's youth, he played football and wrestled. Band and choir were two things Dan also enjoyed. He played most of the brass instruments. Later in life, Dan drove the truck that pulled the Central High School Pep Band in the July 4th parade. Dan enjoyed many hobbies. He loved walking their old dog Floyd and hunting for arrowheads in the fields surrounding the Monmouth Independence area. He walked many miles with Floyd. He loved the out of doors. He fished, hunted, and camped. He loved camping with family and friends in Central Oregon and the Detroit Lake area. When he wasn't in the wilderness he a golfing. He absolutely loved golf. Dan's father Lloyd gave Dan his love of reading. It wasn't uncommon for Dan to read five to eight books a month. This was one reason he was passionate about teaching reading. He knew it was key to success. Dan was also a cook and loved to make a zesty spaghetti sauce, including the bread to go with it. Dan and his wife Laurie enjoyed their life in Monmouth, all but a year of their 32 years together was in Monmouth. It was there they raised Cameron and Cicely. It was during those years Dan worked construction-type jobs, directional drilling and was a service plumber for a time. Then one day Laurie suggested he go back to school. In time, Dan earned his teaching degree and found his calling at Central High School where he enjoyed helping students achieve their very best. He was a passionate man who embraced life with all it offered. We will have a celebration of life at Helmick Park June 5th from 1-4 pm. Donations can be made in Dan's name to mifoundation.net to the Verna Duncan Ambassador of Excellence grant program or the Classroom Enrichment grant program, both help teachers and students in Monmouth and Independence. Farnstrom Mortuary is caring for the family.

Dan was born in 1966 and died at his home in Monmouth in March 2021 at the age of 54. Survived by his wife Laurie Duncan Hanson; children, Cameron Minten, Cicely Minten Branson; and granddaughter Alana Branson; and Oscar, Laurie's companion... View Obituary & Service Information

The family of Daniel Nickoli Hanson created this Life Tributes page to make it easy to share your memories.

Send flowers to the Hanson family.