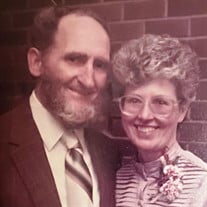 Buell Phillips’ Life Buell was born July 10, 1927 to the proud parents Virgil and Violet Phillips in Detroit, Michigan. Four years later his brother Ralph arrived; another four years Russ arrived, and when Buell was 18 his sister Barbara arrived. Early movies show Buell swinging a golf club when he was two years old, a sport and passion that continued throughout his amazing life. Buell lived in Michigan, Cleveland, Ohio and Massachusetts during his earlier years. We know he loved the water and became an accomplished swimmer during this time. He taught swimming classes for the Red Cross when he was 15 and spent summers as a lifeguard at various lakes for many years thereafter. Buell was also a boy scout where he loved swimming, learning about the backwoods and canoeing. Like most high school senior boys, he left to serve in the military during WW II. He joined the coast guard and spent time in Puerto Rico. During off hours he joined the wrestling team. After WW II ended, he again he spent several years bouncing around pursuing his other passions, hunting and fishing. Somewhere during this period of his life, he spent at least one year hunting and trapping while living in the backwoods. He often commented that he should have been born 100 or 200 years earlier and hung out with Daniel Boone. He lived in Michigan working in a diner that his mom owned and later on moved to Scotia, New York where his dad and grandmother lived. Buell took up the trade of his father, historic renovation and general contracting. New York is where he met the love of his life, Celia Putman, a farm girl from that area. They married in 1952 and found a common sport, archery. They both won many awards in target and field archery. Buell and Celia bought property in the New York countryside and hand built their first house. No power tools allowed for Buell; the home was built with hand tools. In 1954 their son Russell was born and four years later their daughter Cheryl. During December 1958 they decided to move to sunny California, the land of oranges and sunshine, and no snow! They moved to San Jose where Buell’s mother, grandmother and all siblings lived. Buell embraced all that a young California had to offer, a robust construction experience, the Pacific Ocean with scuba diving, snorkeling and deep-sea fishing. But something kept drawing them back to New York, so each summer they sold the house and drove their 1960 Plymouth station wagon (complete with fins and no air conditioning) back to their east coast family. A stop in Ames, Iowa where his brother Russ and family lived was a welcome layover! However, at the end of the summer, Buell and Celia seemed to remember all the reasons they left that hot, humid, deep snow environment and returned to the same San Jose neighborhood until 1965. That was the year they discovered Oregon! While camping that summer in the Cascades near Sweet Home, they visited nearly every town in the Willamette Valley and settled on Monmouth, a quaint small town in a setting reminiscent of Upstate New York. Here they made their home for the rest of their lives. Buell started his own construction business building residential and small commercial buildings. His innate sense of math and physics was amazing to observe. He also enjoyed all of the Oregon experience: fishing, hunting, boating, skiing and golf. Sturgeon fishing near Reedsport consumed nearly every summer weekend. Celia would grow large gardens and can, jam, pickle, freeze most everything. Celia also was a teacher’s assistant at Central High, later assisting teachers and students in a wide variety of capacities. Visits from family was always treasured since none lived in Oregon until the ‘70’s when Celia’s brother and family moved to Monmouth. After Russ and Cheryl graduated from the University of Oregon and moved out of state, Buell realized it was not going to be a father and son construction business, so he changed careers and eventually became a real estate broker with an office across the street from Heron Pointe. He used his vast construction experience to advise perspective buyers and his clients of what is now called “Home Inspections.” Buell also used his experience gained in California working on large commercial projects to act as Clerk of the Works for several project expansions at Central High, the Independence Fire station nearby, and the shopping center across the street. Buell and Celia also took on a new business when they purchased 20 acres just south of Monmouth and started growing Christmas Trees. They thoroughly enjoyed living in the country again and being surrounded by trees. They also traveled through the United States, often visiting family members now scattered in nearly every state. Eventually they cut back, retired for good, and built a new home in Monmouth in a subdivision Buell helped develop and market. They became Snow Birds and lived in Arizona during the winter playing golf and exploring that great state, then returning to Monmouth and fishing, traveling, and hunting during the summers. After 50 years of marriage, Celia developed progressive and then severe dementia. Buell took care of her to her end in 2015. After that devotion, Buell needed to rest and regroup. He was always there to help his neighbors with various needs, however he realized that the home was too big and he wanted to be with people more often. So, he sold his home and moved into Heron Pointe, where he felt needed and was constantly surrounded with people. Although he was not active in their structured activities, he felt great satisfaction in being with others and assisting in acts of kindness to others. On May 1, 2022 it was time for Buell to join Celia in God’s Kingdom of Heaven for more adventures together.

The family of Buell Phillip Phillips created this Life Tributes page to make it easy to share your memories.

Send flowers to the Phillips family.